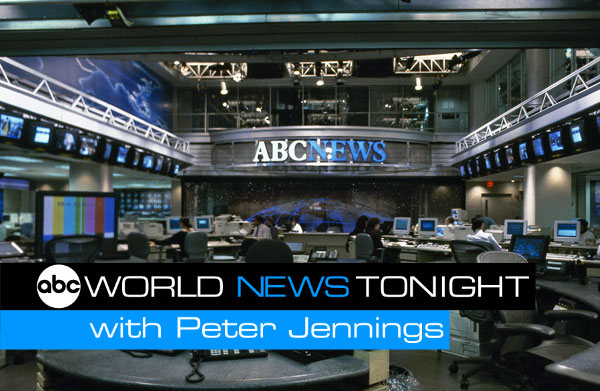 This theme was used on ABC World News Tonight with Peter Jennings until September 29, 2000 when they received brand new graphics. The theme was actually used on the weekend editions of World News Tonight until well into 2001 when that program got a graphics update as well. The music is essentially the same as the other versions with the exception that an extra “ta-da-dum” was added at the end. The version also sounds louder. This is because the string instruments seem to have largely been replaced with more brass.

Here is the headline cue, which is slightly different than the ’90-version. Updates of the World News Tonight theme have since 1998 been composed by New York-based composer Edd Kalehoff. Kalehoff was ABC’s go-to man when it came to music, also composing for Monday Night Football, The View and Nightline around this time.