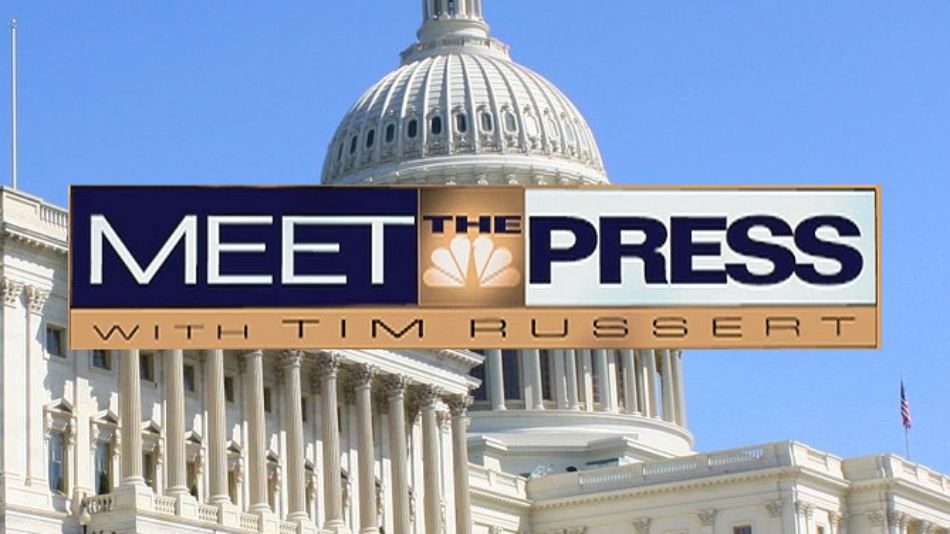 This theme, part IV of The Mission, was originally intended for the 1986 midterm elections. In 1990 it was adopted by Meet The Press as its main theme and in 1993 it started to be used to introduce special reports. It’s called the “Pulse of Events”. After the orchestra played it for the first time during the session to record it, the musicians liked the theme so much that they unexpectedly broke out in applause.

Meet the Press, having begun its radio run in 1945 and making its debut on television two years later, is the longest running show in the history of television. The original format consisted of a panel of journalists asking the guest questions, much like a press conference. When Tim Russert started his run as moderator, the format was changed. The panel was replaced with a single moderator who asked all the questions. To this day, with Chuck Todd as moderator, that is still the format used.