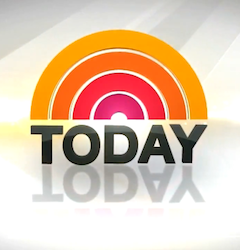 This morning NBC’s Today Show debuted a new opening theme which replaces the John Williams’ fanfare that has in one way or another opened the broadcast since 1985. While the graphics have remained the same, the music accompanying them is a variation of the music that Today has been using for election broadcasts and other special editions. That music was composed by Adam Gubman on behalf of Non-Stop Music so it is likely he is also behind the particular arrangement that is currently used as the opening theme. You can hear the new opening theme here.

NBC hasn’t commented on the reason for replacing the iconic theme music. But Today has had a rough year. It was surpassed in the ratings by ABC’s Good Morning America in part due to the rocky transition from co-anchor Ann Curry to Savannah Guthrie. With its status as the most profitable program on network television at stake, the Today team likely wants to make clear that the show has improved. (“Warmer, more positive, and less sensational,” according to media reporter Howard Kurtz this morning.)

The version of Williams’ Today open that was used up until today, was a relatively recent version. In late 2011 John Williams rearranged the Meet the Press theme when, at the same time, he re-recorded the Today open. While Williams’ music is synonymous with the Today Show, there have been two previous attempts to replace it: in 1994 (with the debut of Studio 1A) and in 2004. (You can see a clip of the 1994 open on YouTube.) Whether the change will stick this time is unknown right now.

Speaking of new theme music, The Huffington Post reports that MSNBC’s NewsNation with Tamron Hall also received some new music. It is composed by none other than legendary pop icon Prince.